If you are a performer and are interested in being added to our database or participating in a future showcase, please fill out this form

Julie Austin is a dynamic, energetic presenter and performer with over twenty years experience giving concerts for children and families, doing conference keynote presentations and offering teacher and librarian workshops in both music and preschool curriculum. Julie uses storytelling, songs, and movement along with guitar, autoharp, ukulele and jawharp to encourage children’s active participation.

The Atlantic Coast Theatre is dedicated to bringing the art of theatre to children and families. 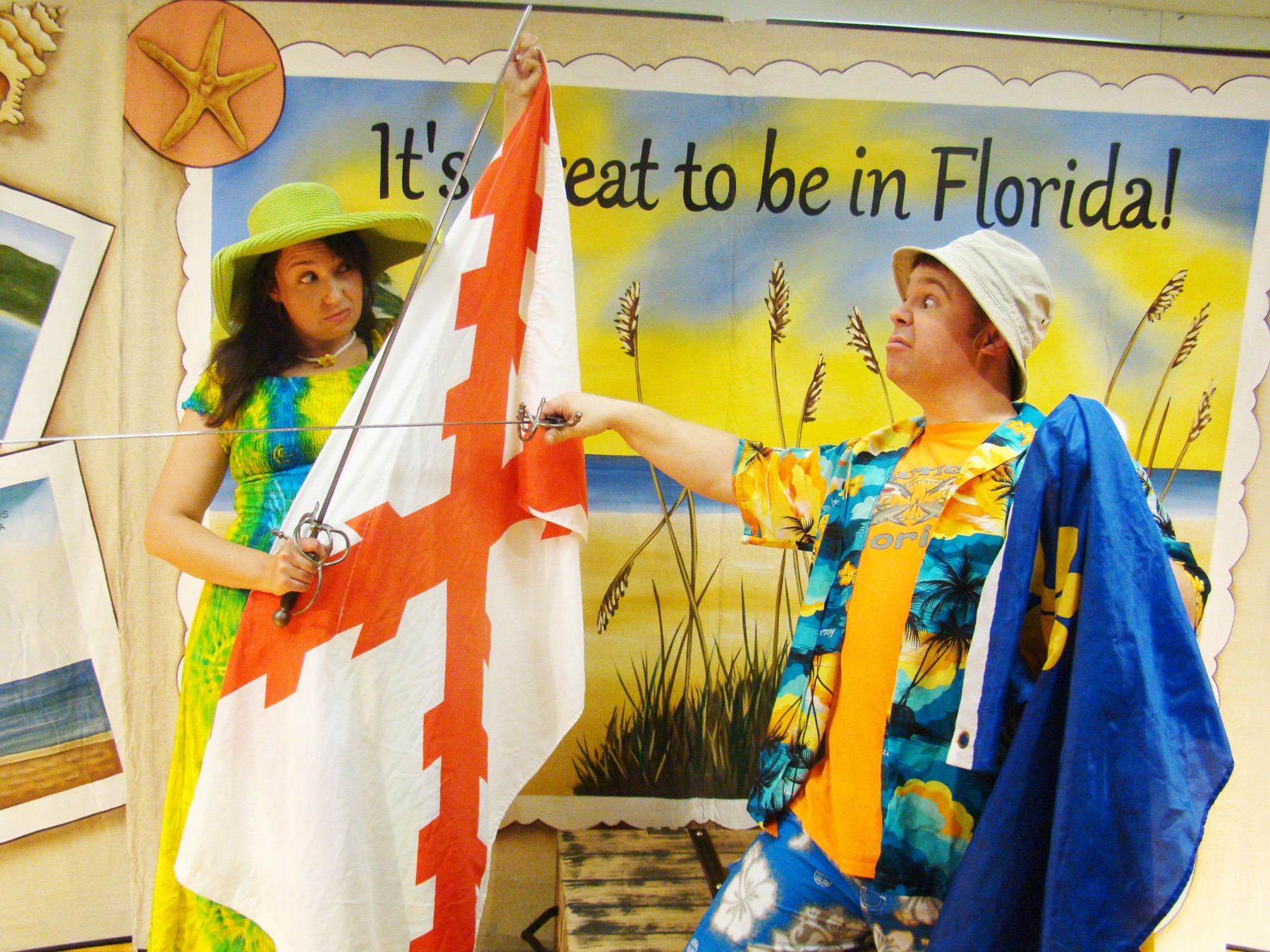 Backintyme makes history come alive. We don period dress to perform stories and songs of the 19th century. Each performance piece consists of an anecdote drawn from historical research, interwoven with a related song of the time. The stories tell what folks did and thought back then — their acts and ideas. They form the source of our knowledge of the past. The songs reveal what they felt — their emotions. They weave the fabric of our understanding. 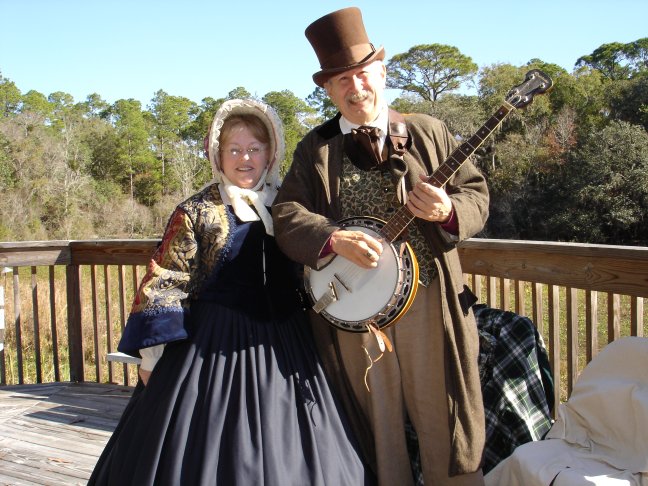 Our shows features lots of audience participation. Since this is a magic show for libraries, we’ll make sure to reference various children’s books to promote your library and encourage reading in a fun and entertaining manner. 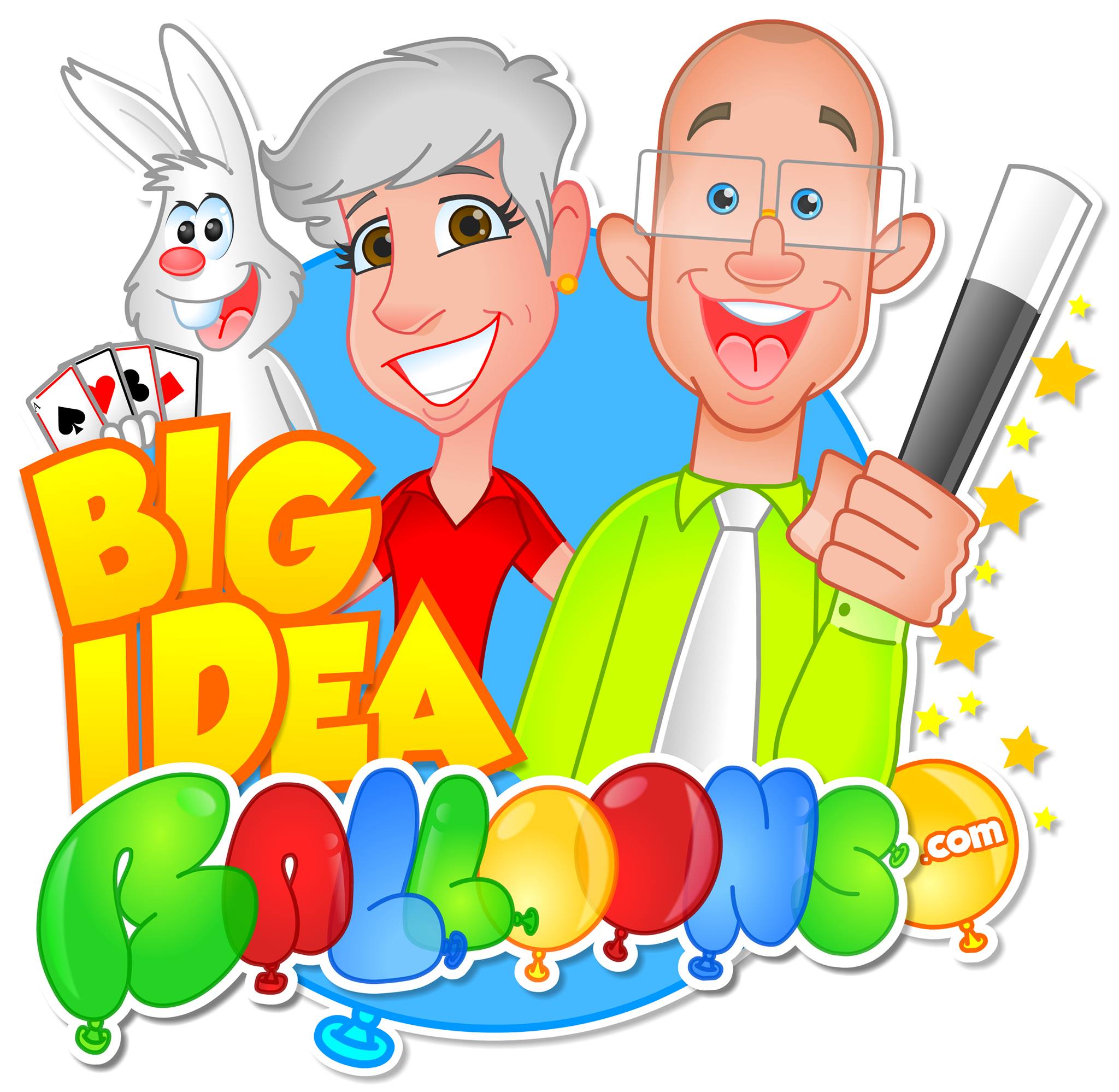 From the backyard to the ballroom….. center court to the center ring….. these two former Ringling Bros. and Barnum & Bailey Circus Clowns will amaze and amuse… dazzle and delight – using Physical Comedy, Circus Skills, Mime, Magic Improvisation, and Audience Participation! 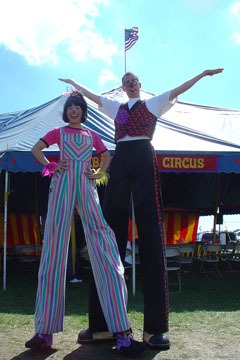 Kaye Byrnes has been sharing stories with children and adults since 1996. Her repertoire of folktales, fairy tales, fables, myths, legends, and classic literature along with original and historical stories is carefully crafted for listeners of any ages. She performs regularly for elementary, middle and high schools, libraries, care facilities, service groups, festivals, conferences, and community events. With a Bachelor of Fine Arts degree in Theatre, Byrnes is trained in the performing arts and carries her dramatic expertise to the storytelling stage.

An elementary teacher for over thirty-seven years, Windell Campbell performs at festivals and reading programs throughout the state. He is a performer for the Arts Council of Hillsborough County and the Florida Humanities Council. In 2001, he was featured at the Exchange Place of the National Storytelling Festival. He incorporates the art of puppetry with the art of storytelling and the separate art forms unite to become more than the sum of their parts.

A professional entertainer for over thirty years, Dan’s talents have taken him literally around the world performing in such exotic locations as Kuala Lumpur, Malaysia, Singapore, The Bahamas, Las Vegas, on luxury cruise ships, in Revue Shows, and comedy clubs throughout the US, and for many Fortune 500 Companies.

In addition to being a first-rate performer for adults, Dan Christopher is considered to be one of the finest and most capable children’s entertainers in the country. He is also a familiar face to many, and Dan and his puppet pals have been seen regularly on children’s television shows broadcast throughout the nation!

Professional magician Cesar Domico has over 25 years of experience. The show is dynamic and full of humor and participation by kids-and adults- who get to perform magic tricks with Cesar!

For your event to be amazing it needs to be magical!

An introduction to cooking for two that’s filled with dozens of kitchen tips and cooking hints and culminates with a cooking demonstration that anyone can replicate at home in under 10 minutes. (Just one of 11 presentations that Chef Warren offers). 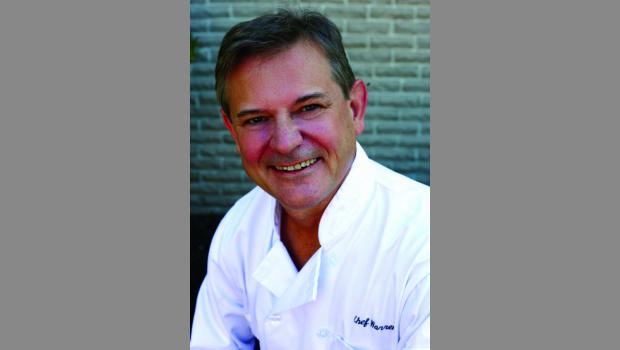 “Promoting Confident Kids One Story at a Time”

This engaging program is fun for students in grades K-5. Students will recognize their true value while exploring topics such as self-confidence and character development. Following an interactive presentation, a read a-loud of The New Me will capture stduents’ hearts. A meaningful craft will wrap up our time together. All supplies included for each program. 5% of any book sales will be donated back to the Friends of the Library 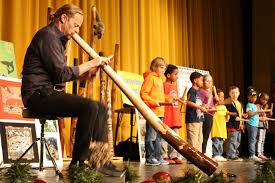 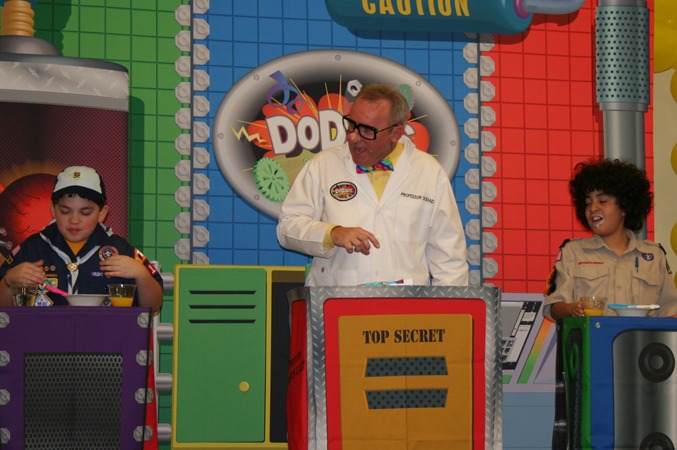 A historical journey of French music. 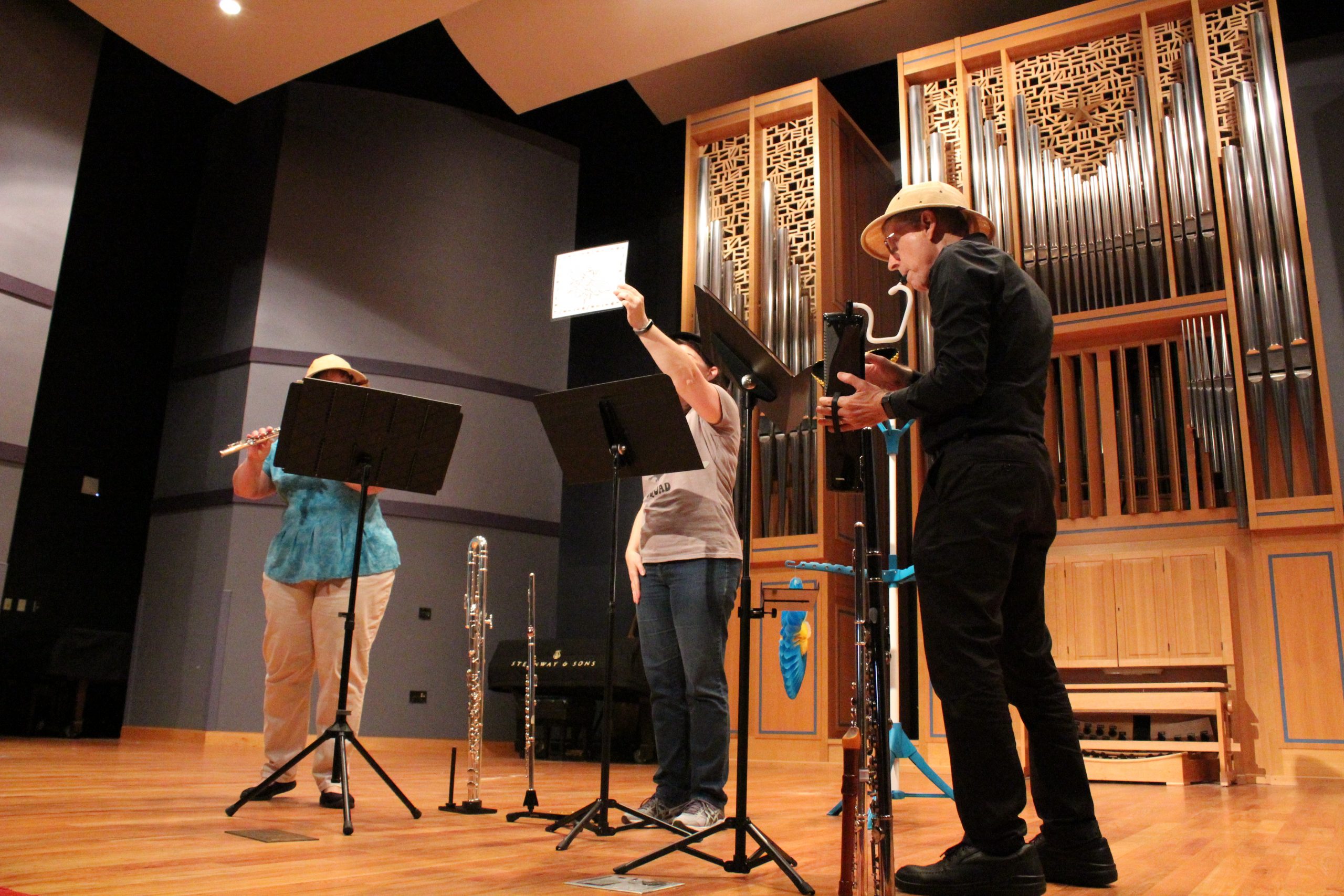 Empty Hats is an enthusiastic, passionate, and charming band that surprises and delights fans from ages 3 to 93 with their acoustic blend of traditional and original celtic music. These merry musicians travel all over the country performing at Renaissance Faires, Pubs, Concert Halls, and more. From playing a rollicking tune for Henry VIII to serenading the hosts of NBC’s Today Show, the music of Empty Hats has spanned centuries.

Gary Reid: A Life of Sorrow 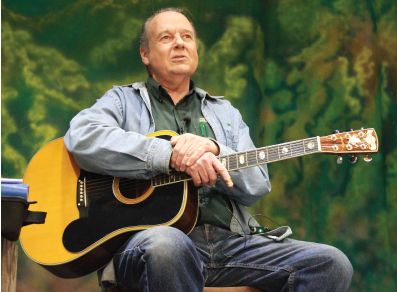 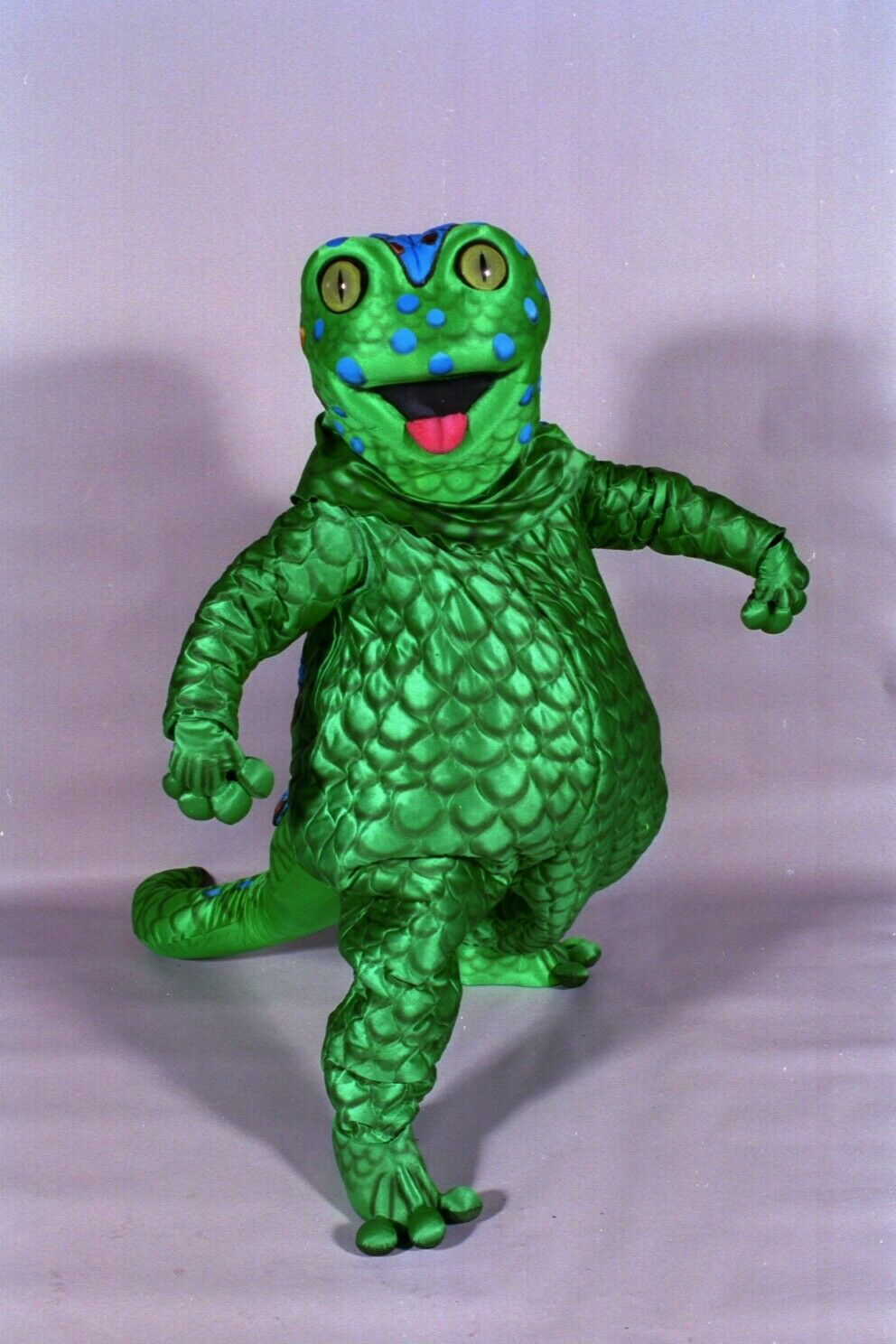 Determined to entertain as well as inspire audiences of all ages, this award-winning ‘musical mad-scientist explores a multi-cultural mixture of musical styles, and demonstrates the art of perseverance—the guitarist has prevailed over a crippling case of nerve damage which could have easily ended a musician’s career…inspired by the great composers, Spanish guitar maestros, and much more, this musical mad scientist fuses the elements into a refreshing formula—evoking the Spanish spirit, yet distinctly unorthodox. 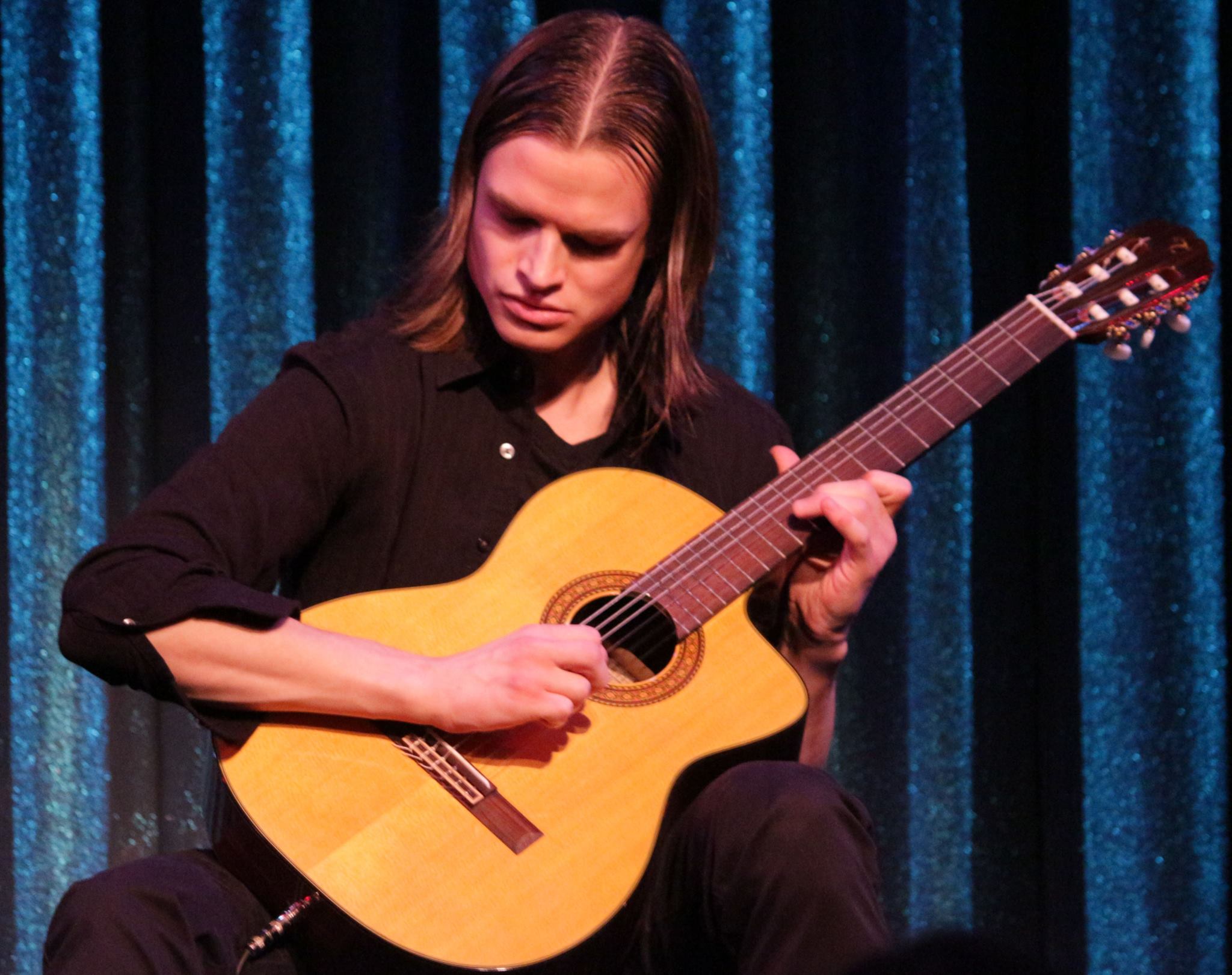 Guitar program about the brain and music, including a free guitar to be given away. 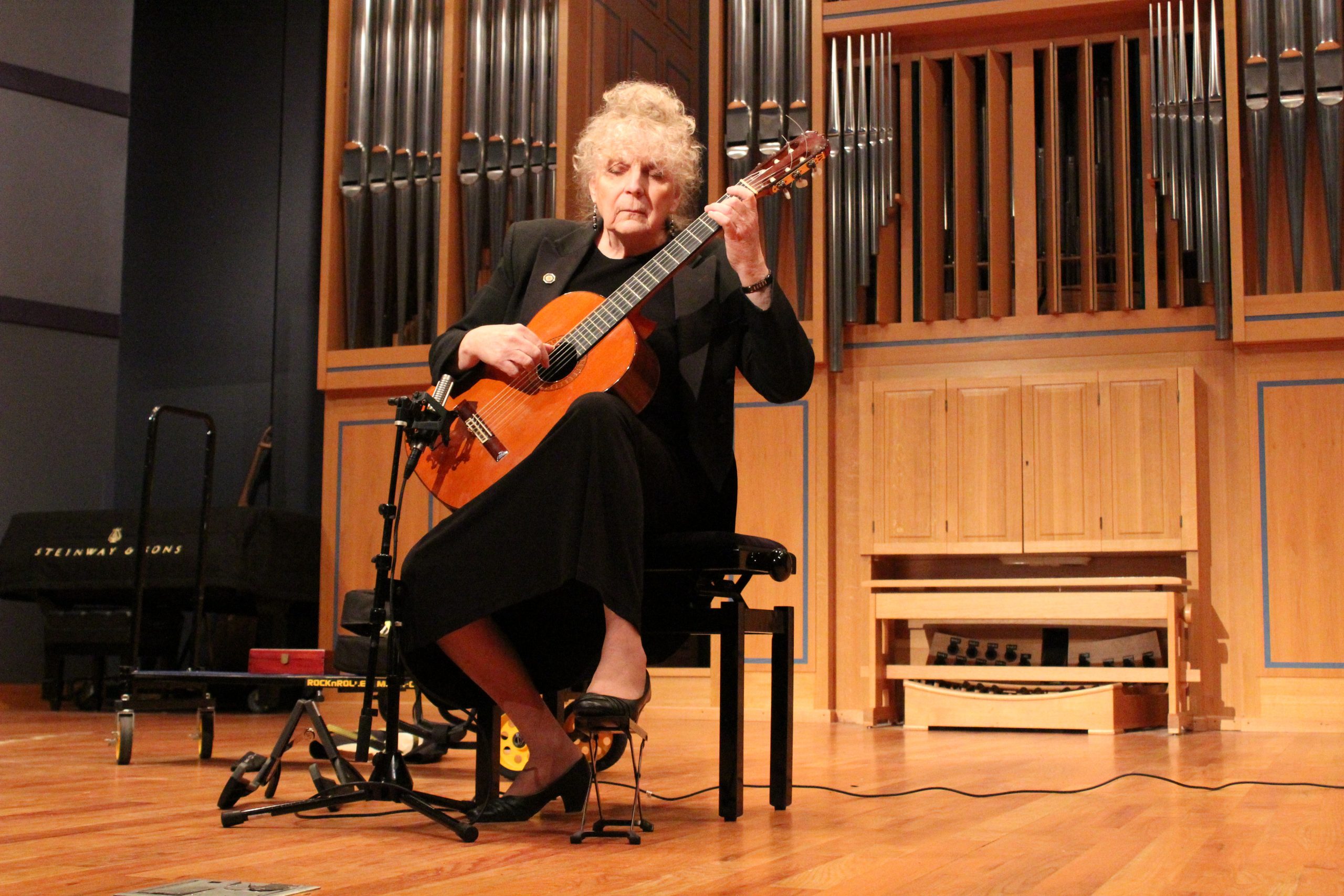 Storytelling, magic, and impromptu comedy and a special appearance from ChaChing the Amazing Bunny! 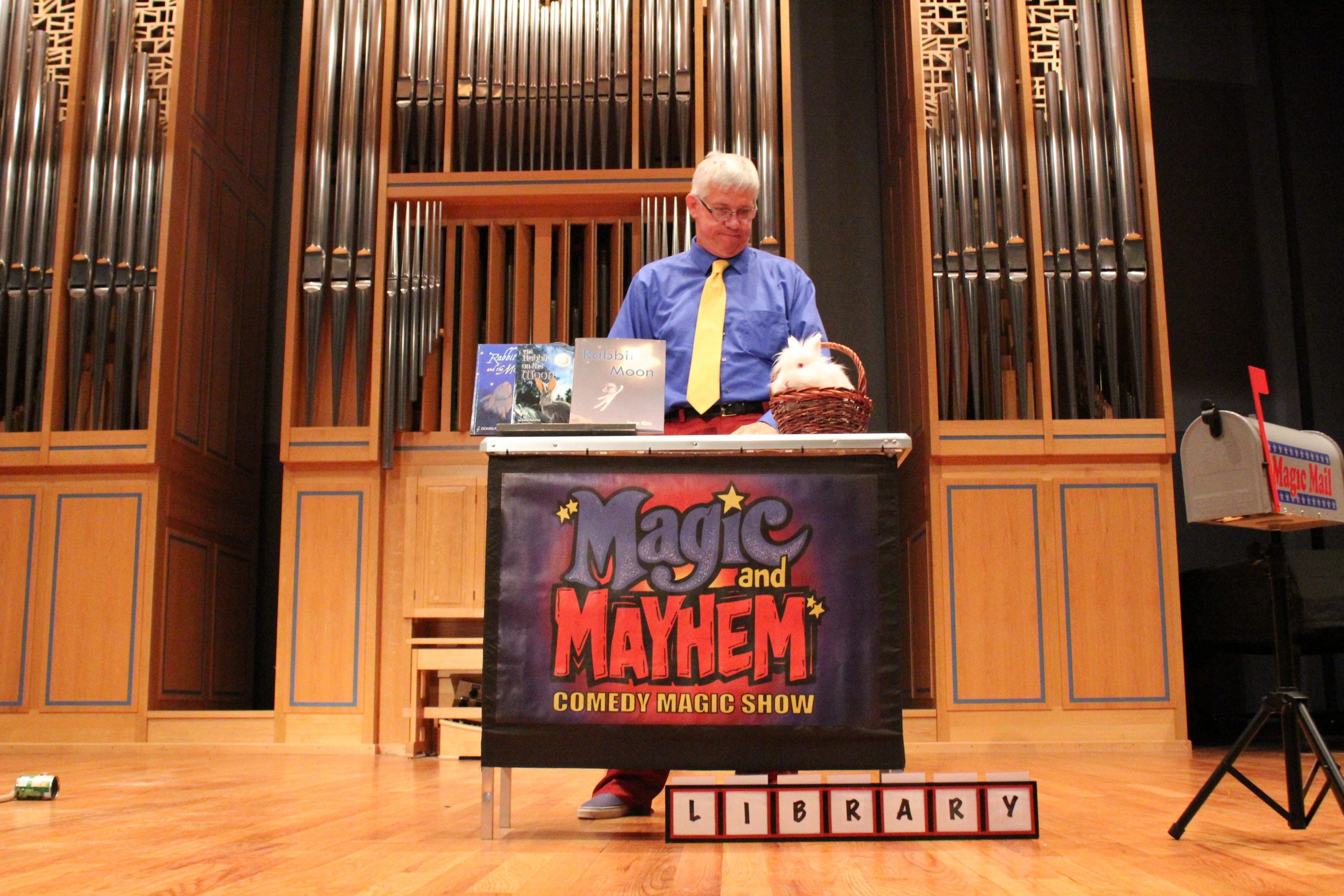 A funny, amazing, age appropriate comedy magic show that will entertain kids, parents, and seniors. show is 30 minutes long which is typically just right for the little ones. The format really works well and you get a great variety of age appropriate entertainment, including interactive magic tricks, physical comedy, mind reading monkey puppet  and upbeat background music. 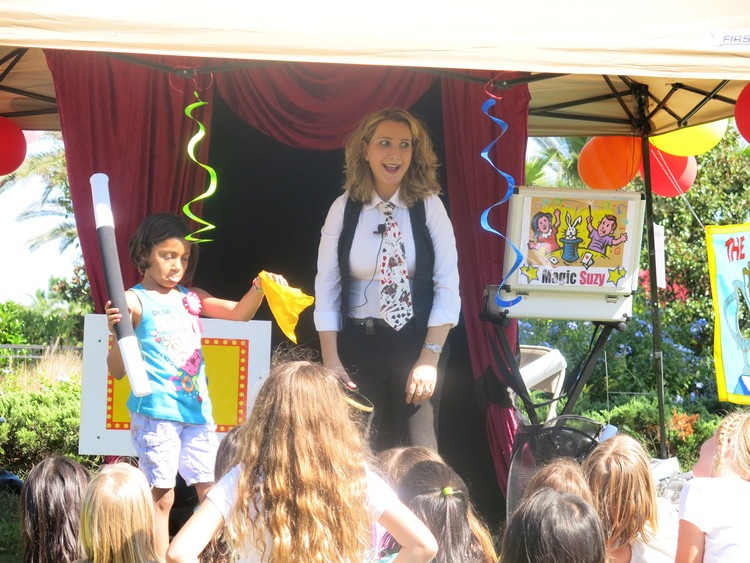 Interactive FUN for you and your little ones. Live Guitar, Instruments/Props, Song/Dance

A 40 minute musical performance for children.  I play 10+ instruments (including guitar, mandolin, violin, flute, piano and more), performing popular sing-a-longs as well as a couple of fun originals.  I also utilize some percussion instruments in a one-man-band style. 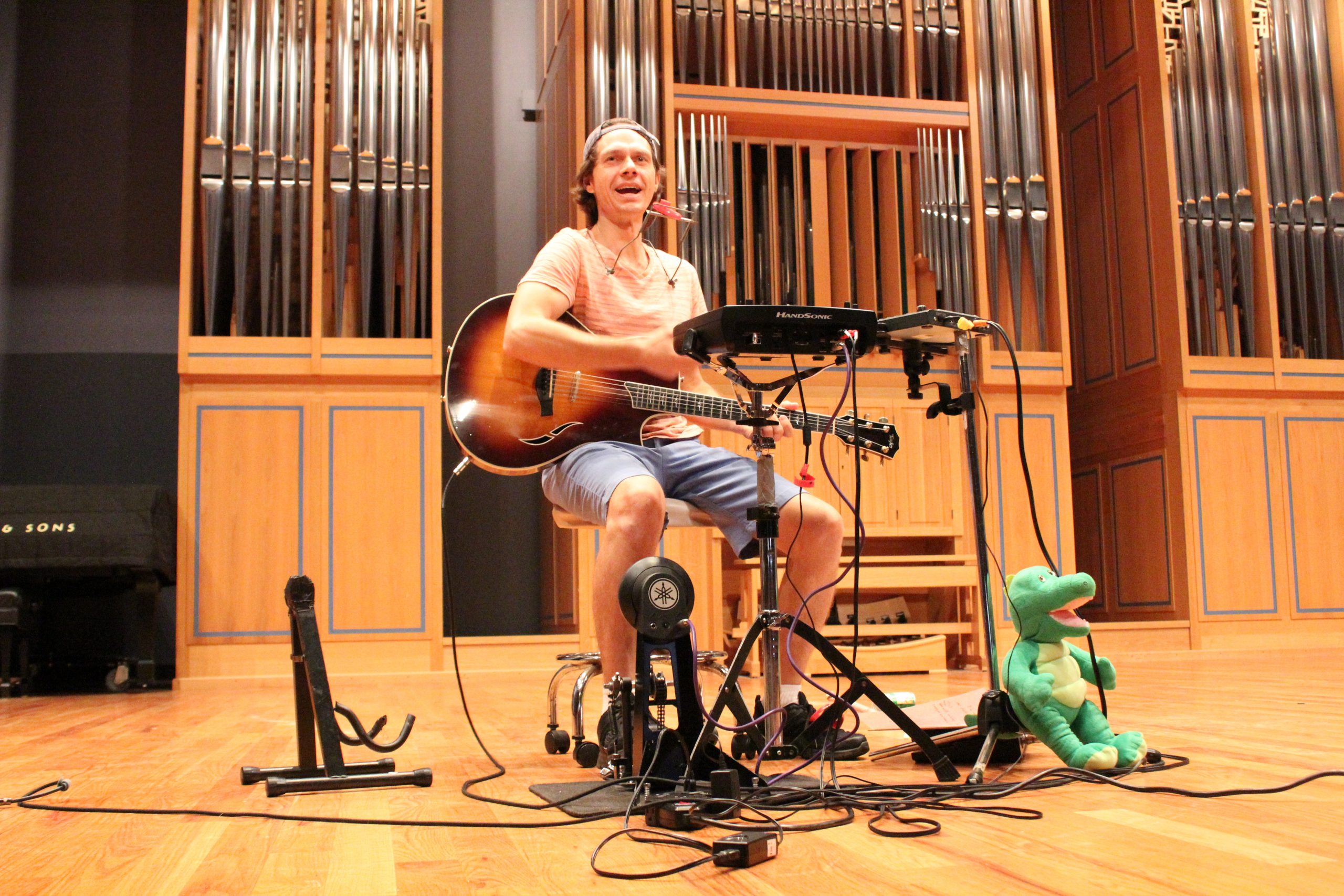 Music with Mar was founded in 1993 when her daughter Gioia, was 3 years old. Before then, she was a music teacher for K-8. Her passion for getting parents to value the importance of music in their children’s lives inspired her to create the program and the supportive music and activities. 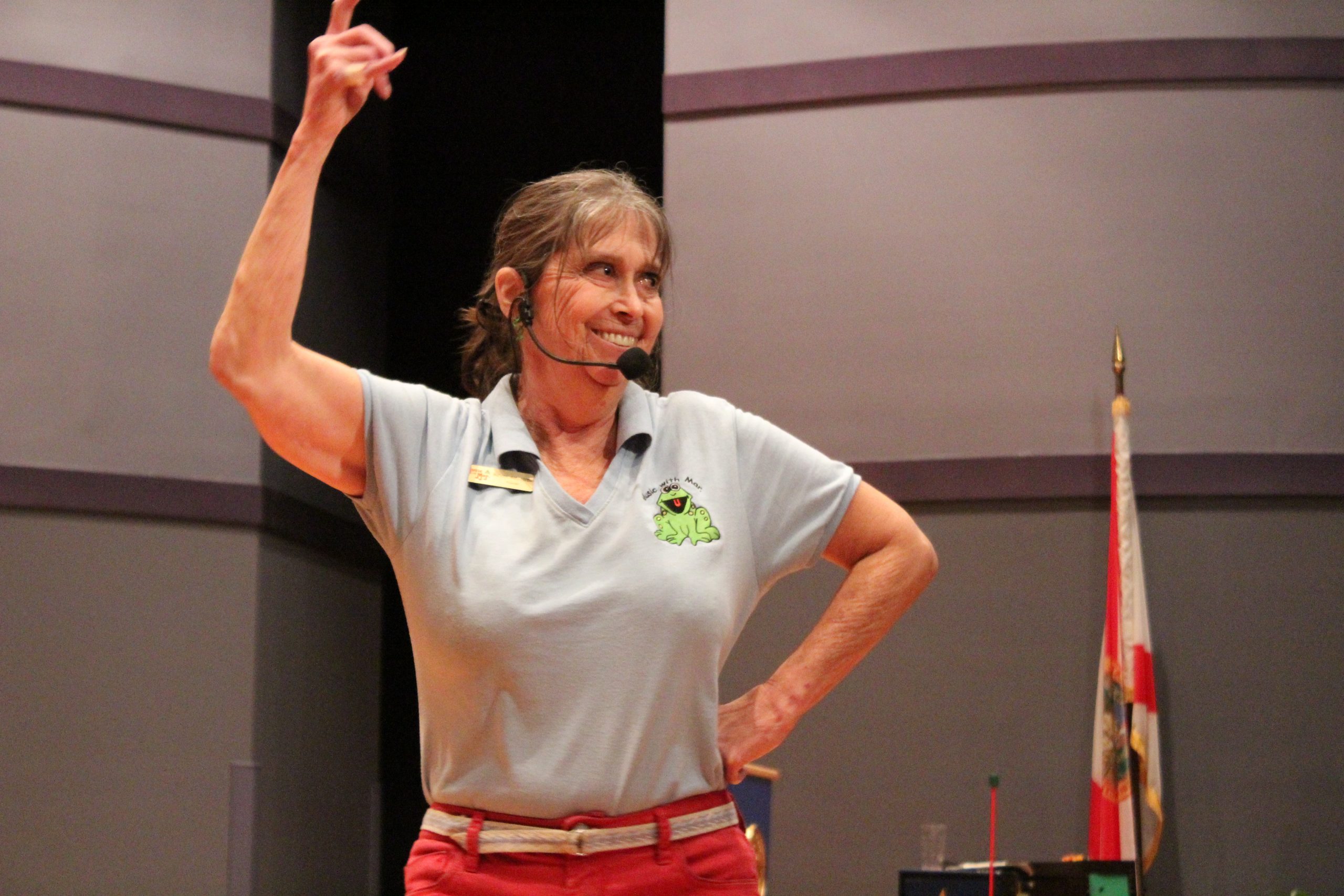 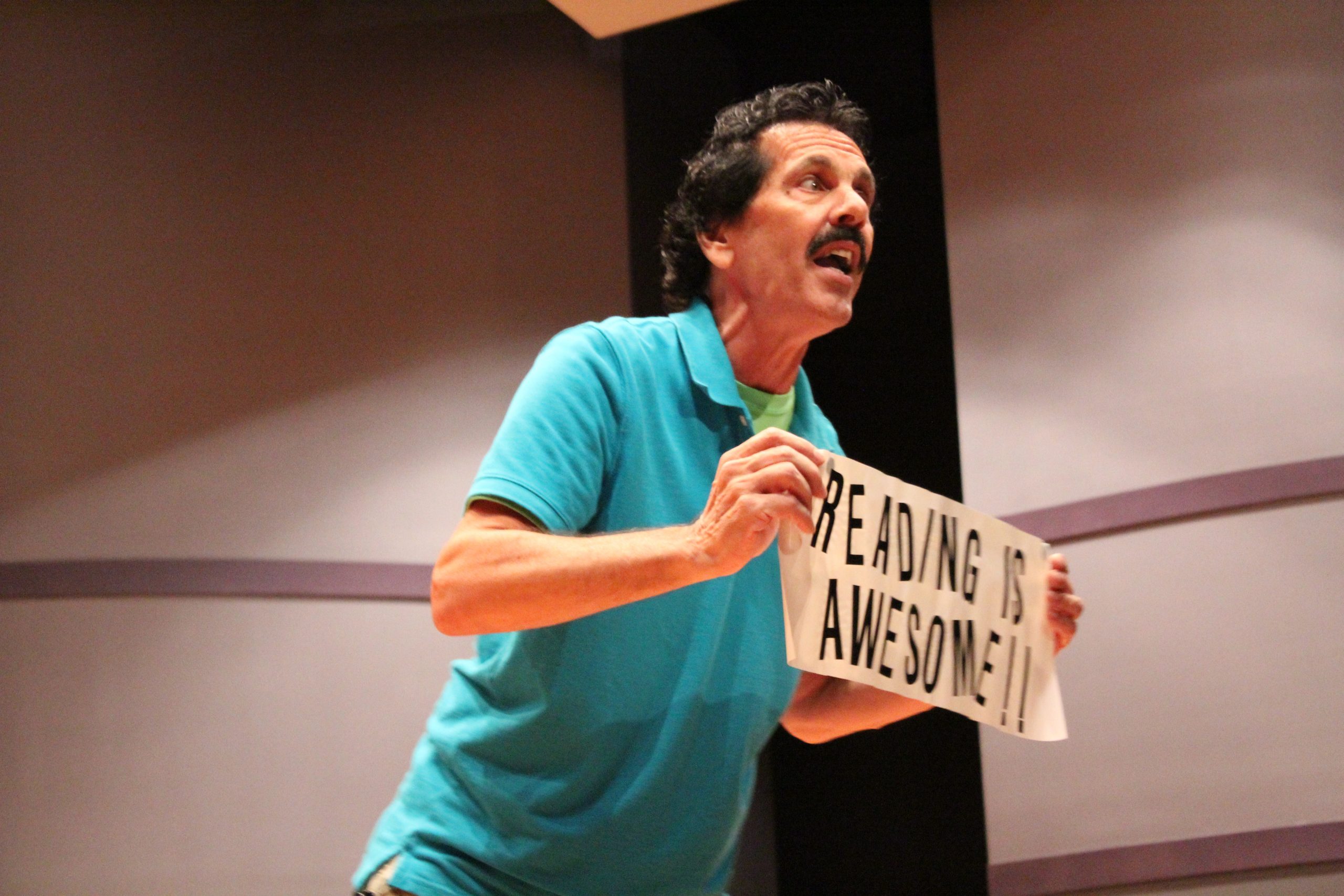 As featured on “America’s Got Talent”!

Blaise Ryndes is a master bubble performer and magician from Tampa, Florida. He has performed hundreds of shows for thousands of people for such notable clients as Disney, The Florida Aquarium, The Glazer Children’s Museum, The Tampa Bay Rays, The Tampa Bay Lightning, The Tampa Bay Buccaneers, John Hopkins All Children’s Hopsital, and more!

Marc Black's History of the 1950s and 60s Through Popular Song

Join New York Blues Hall of Fame inductee, Marc Black, for a musical multi-media tour through these two historically defining decades.  You’ll sing along with wonderful songs as diverse as Itsy Bitsy, Teeny Weeny Yellow Polka -Dot Bikini and Blowin’ in the Wind; by artists ranging from Gene Autry to George Harrison.  Marc will also perform his own group’s top forty hit from 1967. 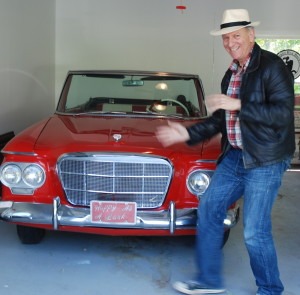 After a fun-filled performance that covers the history of taiko and the music of Japan, all attendees are offered the opportunity to play on our big drums. 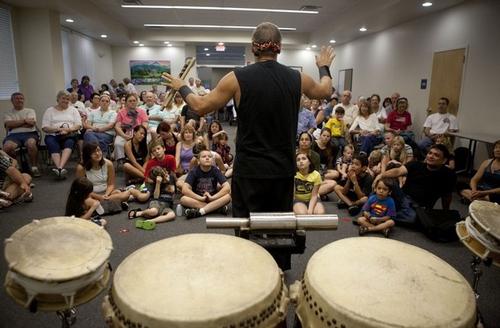 Wyrd Brothers Productions is a volunteer historic re-enactment group, focusing on the Viking age era. Organizers, producers, and directors of the official Florida Viking Festival, we specialize in historic weapons and combat with fitness training, as well as learning opportunities for a number of medieval skills and crafts.

I’m Ze Carter, and for over a decade people in our area have sought me out for ways to enliven their culinary and eating experiences.

Food and cooking are my passions. Through teaching and hands on instruction, I’ve brought my passion to others. My classes are an immersive experience where I learn from my students and students learn from me. Together, I believe fantastic recipes are being created along with a renewed joy to the culinary expereince and most of all, getting people back around the table.